While a two-channel receiver might be the most basic form of audio receiver, you can still get great sound from it, without forking out a ton of cash for a multi-channel receiver.

Finding the best 2-channel receiver can be tough, but as long as you refer to our easy-to-follow guide below, you will have no problem choosing one.

Below, we highlight 10 of the top two-channel receivers and after you check out some of our shopping tips, you can find out in-depth details about our three favorite products.

Simplifying Speaker Talk: What You Need to Know to Find a Perfect 2-Channel Receiver

There are many factors you will want to take into consideration when considering what two-channel receiver to purchase, ranging from the capabilities of the speakers you have at your house to the power of the receiver itself.

We will demystify these steps for you and help you find your ideal receiver!

The best 2-channel receiver will have a distortion rating of 1% or less, which produces a squeaky-clean sound.

Try and purchase a two-channel receiver with internet connectivity of some type, whether it’s via Wi-Fi or Ethernet! 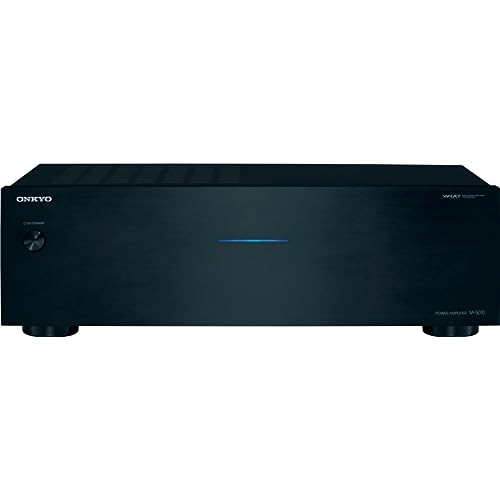 The Onkyo M-5010 provides surreal sound quality in an extremely customizable fashion. With a small amount of distortion, powerful wattage, and adjustable power this two-channel receiver is undoubtedly one of the best you’ll find.

With a selection of Ohm levels, you’ll be able to adjust the receiver’s power to suit the needs of speakers with lower power capacities.

Blast music, podcasts, or movies at an astounding level of volume with the Onkyo M-5010’s 75 watts per channel capacity. You won’t be held back by volume, even though it’s a two-channel receiver system.

With next to no distortion (0.08%), you’ll be able to listen to music loudly without any risk of blowing speakers or fuzzy treble frequencies.

The Onkyo M-5010 is an excellent pick for a two-channel receiver if you’re looking for a great distribution of sound, excellent power, volume control, and next to no distortion present. 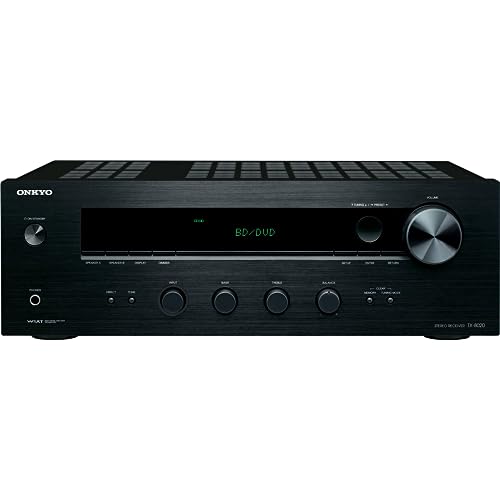 The Onkyo TX (More like Onkyo T-Rex because of its dominant sound) comes with a delightful set of features with a moderate level of sound, with two 50 Watt channels. See for yourself why it’s so great!

The TX-8020 comes loaded with the features you need for optimal sound, from almost zero distortion to a whopping 100 Watts of total power, through the whole receiver.

The distortion level is less than 1%, which is great if you like to listen to loud music without hearing crackling or fuzzy notes.

While you won’t get surround sound out of it, It’s conveniently able to connect to your iPod, iPhone, or iPad via AirPlay, making music streaming limitless.

It’s even equipped with a phono input for those who want to play their old records from the turntable. 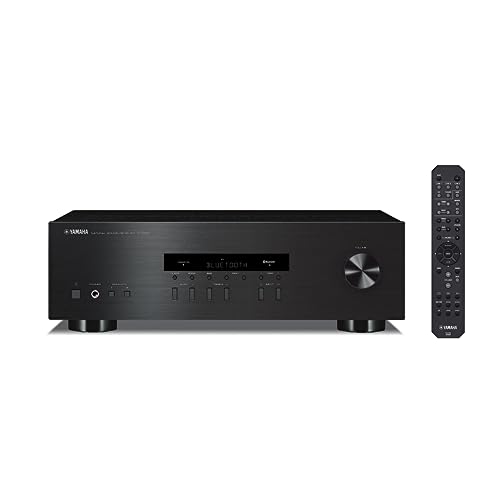 This powerful Yamaha receiver shouldn’t be overlooked if you’re looking for a two-channel receiver due to its power, capabilities, and design.

This two-channel receiver packs a punch that you won’t forget – each one of its channels pumps out 100 Watts of power, enough to knock down the walls of any room you’re playing it in if you aren’t careful.

You’ll also find that the receiver is capable of connecting to devices that have Bluetooth, making playing anything extremely easy. Forget the miles of wires required to connect to traditional two-channel receivers!

It’s well-designed with a modern and unique look. It’ll be guaranteed to look great wherever it sits.

The distortion levels aren’t all that great, but that’s what you get when you have a lot of power at your disposal!

The Yamaha R-S202BL is a powerful speaker with Bluetooth connectivity, a sleek design, and a ton of power.