An AV Receiver adds color and quality to your home theater system, making both the music you listen to and the movies you watch infinitely better, as far as quality is concerned.

A step up from the classic 2-channel receiver setup, that of which usually involves a sound bar and two speakers, AV receivers add several layers of sound channeling, making frequencies both more immersive and complex.

When you’re looking for an AV receiver, it can be easy to get caught up in a mirth of techno-babble and confusing details, making your overall purchase decision rather confusing.

Fear not, as we have compiled a set of facts to demystify your shopping and add clarity to the confusion.

If you keep reading, you’ll learn some valuable information to help you find the best AV receiver under $500, ensuring that the receiver’s quality will be there, without a wallet-emptying purchase.

The top AV receiver, more importantly, the best AV receiver under $500, will have some combination of all of the following traits, and more!

All of these features will make streaming music and movies infinitely easier!

You won’t get very far in setting up a great home theater system, even if you have all of the right components if you purchase an AV receiver without HDMI inputs.

For the most part, the technological capabilities will be the same for models that have come out in a span of five years, with some exceptions.

While many AV receivers and sound systems boast 7.1 sound setups, we’ve found that a 5.1 setup is almost as good; having this knowledge in mind might save you some money! 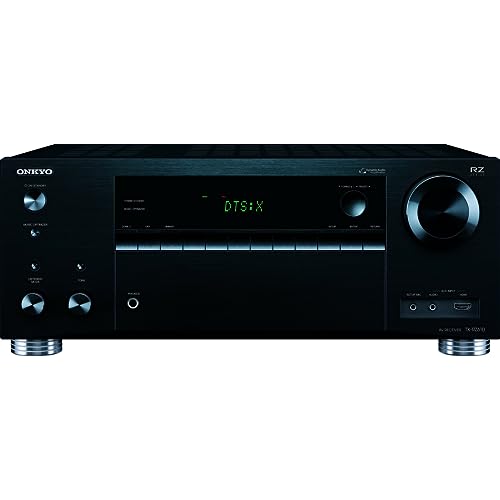 This Onkyo AV receiver delivers optimal features from all of the sections above, and is a surefire way to enhance your home theater’s audio.

The TX-RZ610 has a huge amount of HDMI connections (8), making high-quality movie and music streaming possible.

The sound quality is quite astounding, with less than 1% of distortion present per each sound channel on the system.

This impressive receiver also has Wi-Fi capabilities, as well as Bluetooth and Airplay, enabling your home theater set up to be mostly wireless, if you so desire!

It’s also equipped with a sound calibration tool, making whatever comes out of it sound great with the acoustics of the room where it’s being played.

The Onkyo TX-RZ610 is a must-have if you want a quality AC receiver. It’s loaded with a plentiful selection of HDMI connections, great wireless connectivity capabilities, and marvelous sound quality. 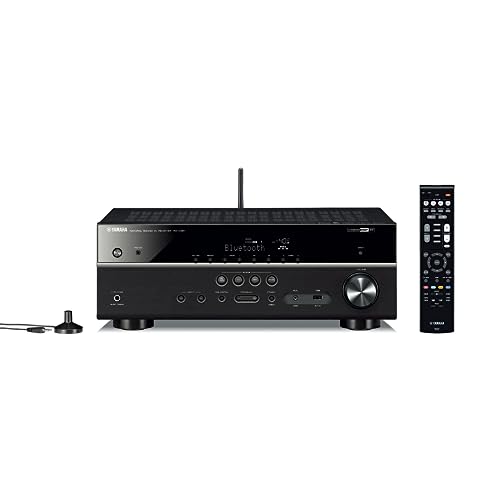 This AV receiver might not be a 7.1 channel receiver, but it’s equipped with a decent amount of features sure to polish up any current inconsistencies of your current home theater receiver if you decide to purchase it!

It comes with Spotify Connect, allowing easy access to your favorite radio stations and music playlists, without having to navigate to the Spotify application on your Smart TV or phone.

The RX-V481BL also comes with a feature that allows the transmission of music across speakers in many rooms, known as “MusicCast.”

You’ll also get five total HDMI inputs, including one HDMI out, all of which are 4,000 Ultra HD certified connections.

You shouldn’t expect anything less than high-quality sound from this AV receiver, with a clump of HDMI inputs, surround sound capabilities, and Spotify Connect being just a few of its impressive features. 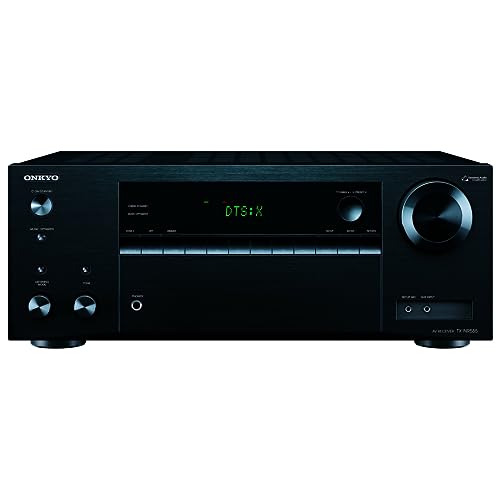 This fully-functional, seven channel AV receiver is a mighty force in the world of home theater electronics, with powerful channels, wireless capabilities, and a large but varied mix of channel connectivity options.

It’s got more than just HDMI connections; the Onkyo TX-NR555 also has an audio return channel, a DVD channel, a super audio CD channel, and a deep color channel.

It clocks its max sound output at an impressive 140 watts per channel with almost no distortion per channel (.09%), making loud music possible at the best quality.

Every bit of connectivity is available in this AV receiver, from Spotify Connect to Bluetooth.

The Onkyo TX-NR555 is an astounding AV receiver featuring loud and clear sound, an array of wireless connectivity possibilities, and a diverse range of inputs, sure to satisfy even the most precise demands of a home entertainment system.