If you’re sick and tired of ants crawling on your porch, mosquitos nipping your neck, or roaches infesting the corners of your living room, a bug bomb can help you rid your home and garden of these pests.

A bug bomb is a compressed metal can that contains pressurized chemicals that, when released, shoot chemical fumes out designed to exterminate a specific type of insect.

There are plenty of bug bombs to choose from, but the choice isn’t always straightforward; a bug bomb is built for specific bugs, environments, and conditions.

The best bug bomb might not jump out at you immediately, but we’ve provided you with a handy table as well as a list of important features to consider before you buy a bug bomb, both of which will help you make the best purchase possible!

Let’s take a quick look at several things, things that are crucial to pay attention to when you’re deciding which bug bomb you need. From the area of effect to the type of bug you’re targeting, a variety of things need to be taken into consideration to choose the best bug bomb.

You don’t want to know the feeling of ordering a bug bomb that’s completely wrong for the type of environment you need to use it in! 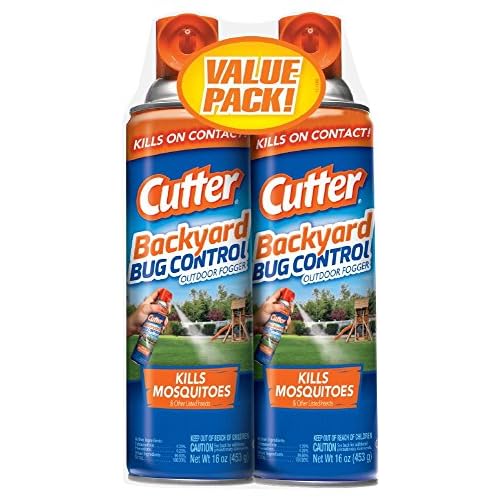 The only outdoor fogger in our list sure makes a strong impression on outside insects, with an easy to use release mechanism, the ability to kill certain bugs on contact, and the ability to be safely used in a variety of different environments.

It doesn’t function like a typical bug bomb fogger, with a spray mechanism that might actually be easier to use than the normal pressurized bombs. You can easily target pesky insects and eliminate them on sight!

Another great feature of this bug bomb is that it kills many bugs on sight; forget about waiting for hours or even days for the outcome.

Finally, this bug bomb is, indeed, an outdoor bomb but you’ll be able to use it in a variety of different areas, from your front lawn to your back porch.

The Cutter Backyard Bug Control bug bomb is the best bug bomb you can get your hands on, with lethality, versatility, and ease of use. 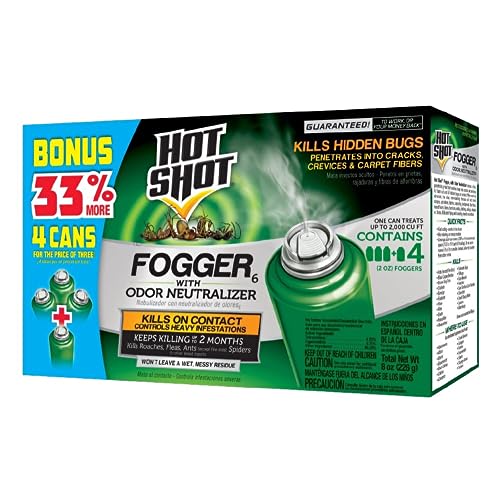 The Hot Shot 96181 Indoor Fogger is the cream of the crop as far as great bug bombs are concerned, with a versatile range of insects it can kill, excellent area of effect, and the ability to keep killing for up to two months after the initial bomb.

It’s adept at handling indoor pests that commonly plague many homes – from flies, ants, roaches, and fire ants; these Hot Shot bombs will get the job done.

Although it only comes with four bombs per package, the quantity should be the least of your concerns – each bomb can easily handle and area of 2,000 cubic feet! At this rate, one could fumigate your entire home!

The icing on the cake with these great bombs is that they keep killing for quite some time after the bomb is initially blown. For two months, insects will be subject to their demise.

The Hot Shot 96181 is a lethal way to get rid of bugs, with an excellent area of effect, a versatile range of insects it can target, and the ability to continually kill, for up to two months after it’s deployed! 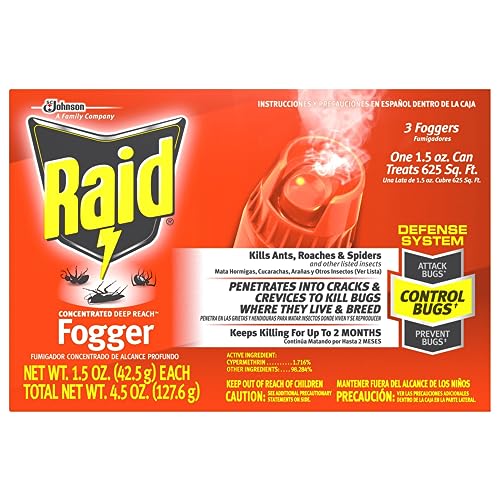 Raid is well known for their extermination and fumigation products, and it’s to no one’s surprise that a product of theirs made it on the list! The Raid Deep Reach formula easily whisks away a variety of bugs and continually kills them for up to two months after the bomb is deployed.

It’s easy and clean to use, mainly due to no residue being left behind by the bomb after it has detonated.

No bugs will be left untouched by this bomb, due to its ability to penetrate deep into the cracks and crevices of floors, walls, rooms, and ceilings.

No stone is left unturned with the Raid Concentrated Deep Reach bug bomb – it’s strong, gets to every area, and treats a variety of different infections of insects.