You’ve chosen the powerful AMD FX 8350 line of processors for your custom computer build, and you’re looking to compile a number of high-quality parts that will perform well with it, so what now?

Finding the best motherboard for AMD FX 8350 processors is the next step, and if you’re looking for the perfect motherboard, you’ve arrived at the right place.

While there are myriad motherboards to choose from that are compatible with the AMD FX 8350 line of processors, finding a good one isn’t easy.

We’ll simplify the process for you in this detailed guide. See which motherboards made the list and read our detailed reviews of the top three products.

We’ve listed all of those requirements below, plus additional information you’ll need to make the best purchase.

We would recommend the AMD 970 chipset, although the 770 can easily provide you with excellent performance!

Additionally, brands that are more established in the market are much more likely to offer serious and competitive warranties. 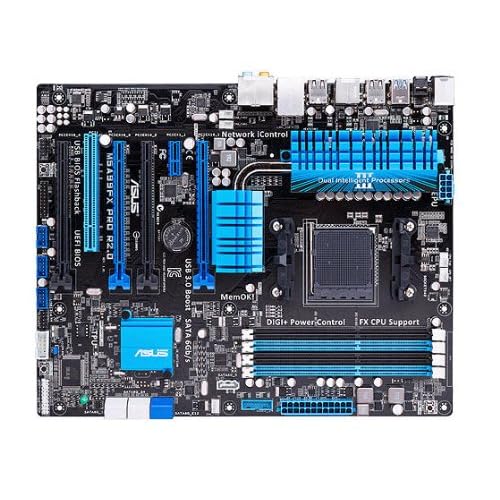 Getting results from your PC has never been easier – the M5A99FX PRO is well constructed, both physically and technologically. You’ll be able to fit two graphics processors into without an issue due to its highly-accommodating setup.

It’s the perfect setup for games, programming, video editing software, and much more. The AMD FX8350 is already a stellar processor, but the M5A99FX PRO motherboard complements its performance in an almost unrivaled manner.

You’ll be able to easily overclock your games with this motherboard, complementing, yet again, the overall performance of the processor.

With a fully-loaded chipset, a large span of technological accommodations, and the ability to be overclocked, the ASUS M5A99FX PRO is the best motherboard for AMD FX 8350 processors. 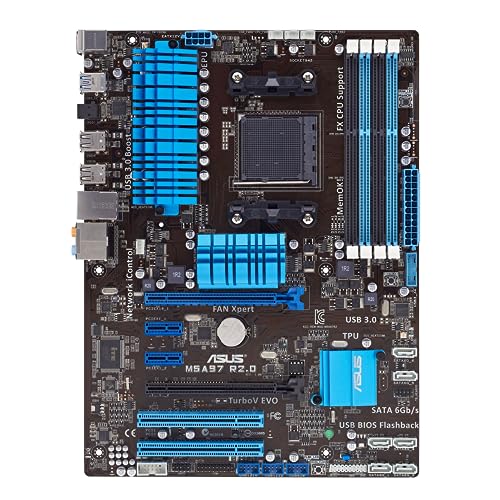 The Asus M5A97 will breathe life into your AMD FX 8350 processor with incredible RGB lighting, all of the connections you’ll ever need in a motherboard, and much more.

The RGB lighting, while not entirely relevant to the performance of the unit, is a feature that shouldn’t be overlooked.

Even though the motherboard itself is designed for the slightly older version of the AMD FX 8350, you’ll find that its form factor and socket types are perfect matches for the most recent version of the processor.

It’s loaded with a commendable chipset, one that will allow the combined motherboard and processor to function as great as you’d ever want it to!

We can only point to one flaw with the M5A97 – you won’t be able to overclock it.

The ASUS M5A79 is an astounding motherboard to pair with your AMD FX 8350 processor, as well as with your entire tower’s setup. You’ll get compatibility, versatility, strong performance, and eerily cool lighting. 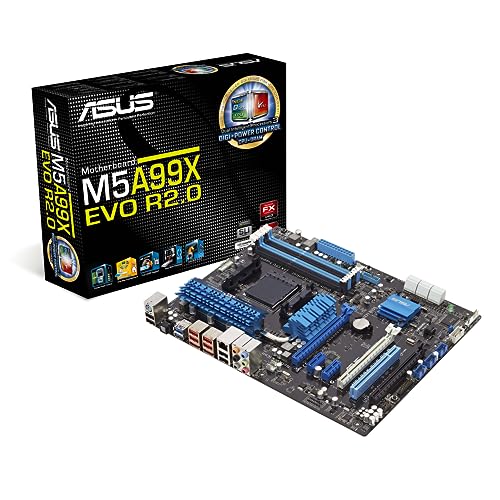 ASUS’s M5A99x pairs nicely with the AMD FX 8350 processor, similar to the way a cabernet sauvignon pairs with smelly cheese. It’s also well-equipped to perform with a variety of different operating systems and their various versions, it’s designed in a very organized way, and is easy to set up.

The wires the M5A99X comes with are clearly marked so that you’ll understand where they need to be attached to the other parts of your computer tower.

You’ll be able to use it with a variety of different operating systems, such as Linux and Windows, but it might not be compatible with the newest versions of Windows.

The motherboard itself – which is very easy to assemble – is designed clearly and in an organized way, allowing it to fit perfectly inside of where it needs to be.

It’s well-built, well-designed, and easy to integrate into the rest of your rig, features you’ll want when deciding what motherboard to use with your AMD FX processor.